Designing a solution for high-bay cooling storage of Chinese medicine

With the rapid economic growth, logistics and warehousing companies in China are looking for ways to optimize the space available for the storage of various products. One of the most popular ways now is the conversion of traditional warehouses so that all products are stored in high-bay racks.

This includes a company that is cold storage for traditional Chinese medicine. To ensure that the temperature and humidity are uniform throughout the warehouse, regardless of the height of the racks, the company turned to FabricAir for a brand-new custom air distribution system. 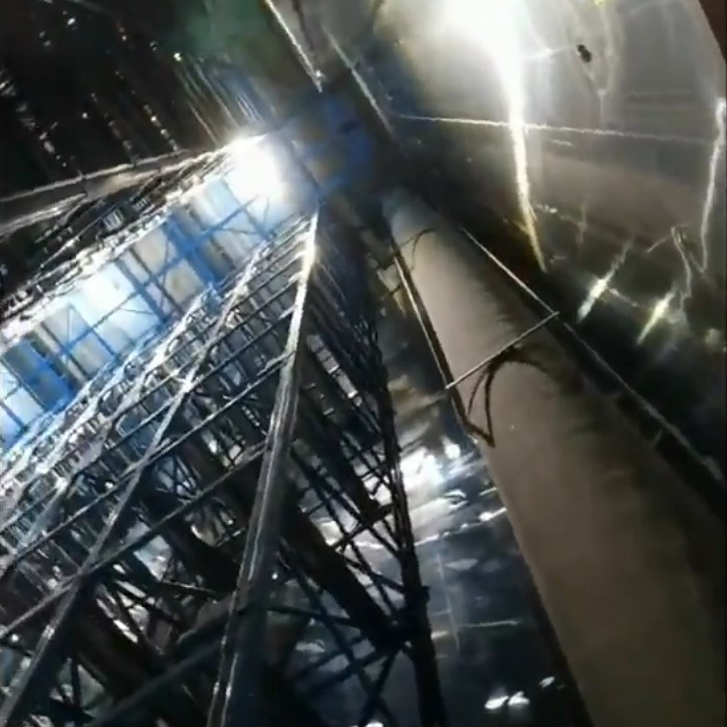 The vast majority of the products in storage are Chinese medicinal syrups, for which one of the storage conditions is a stable temperature between -2°C and 0°C. One of the problems is that the syrup arriving at the warehouse comes directly from the production site and is still at 80°C. As the medicines cool, they give off a lot of heat, and, with traditional air dispersion solutions, the ambient temperature would start to rise rapidly and condensation would form. In contrast, fabric-based air dispersion systems can keep the ambient temperature uniform and neither form nor accumulate condensation.

“This project was truly exceptional. Our highly professional engineers had to design an air distribution system that, due to its extreme height, had to include both vertical and horizontal ducts. Also, in order to find the ideal solution for this space, the refrigeration units had to be connected to fabric ducts that were equipped with various airflow models. Taking all the requirements into account, we have developed a system that the customer is extremely satisfied with and will use for decades to come”, says Song He, Sales Director at FabricAir China.

The fabric ducts in over 23-meter-high cool storage had SonicFlow and JetFlow flow models. By using a combination of these flow models, the cooled air is now being delivered from all possible angles, going straight through the racks, thus eliminating all hot spots inside the racks, which could harm the medicine.

After the project installation was completed, during the commissioning, dozens of temperature measurement probes were used in the elevated warehouse after one hour of cooling operation, in order to make sure, that all systems were working according to the requests. The difference between the highest and lowest temperature tested by the probes was about 1℃, and at the same time, the airflow in the warehouse had no accumulation and could be distributed throughout the warehouse with uniform low speeds. At the end of the day, the brand-new fabric-based air distribution system received unanimous praise and recognition from the owner of the facility and the general contractor.