A family business Kirsch in Jena, Germany, has been manufacturing tools and supplying customers in the fields of medical technology, precision mechanics, and mechanical engineering since 1965. The company recently opened a production hall with modern machinery that processes steel, aluminum, and other metals but they faced an issue with proper ventilation. To be more precise, there was no air distribution system present at the facility and the issues started to affect the employees. Kirsch decided to fix this problem by installing a fabric-based air distribution system from FabricAir. 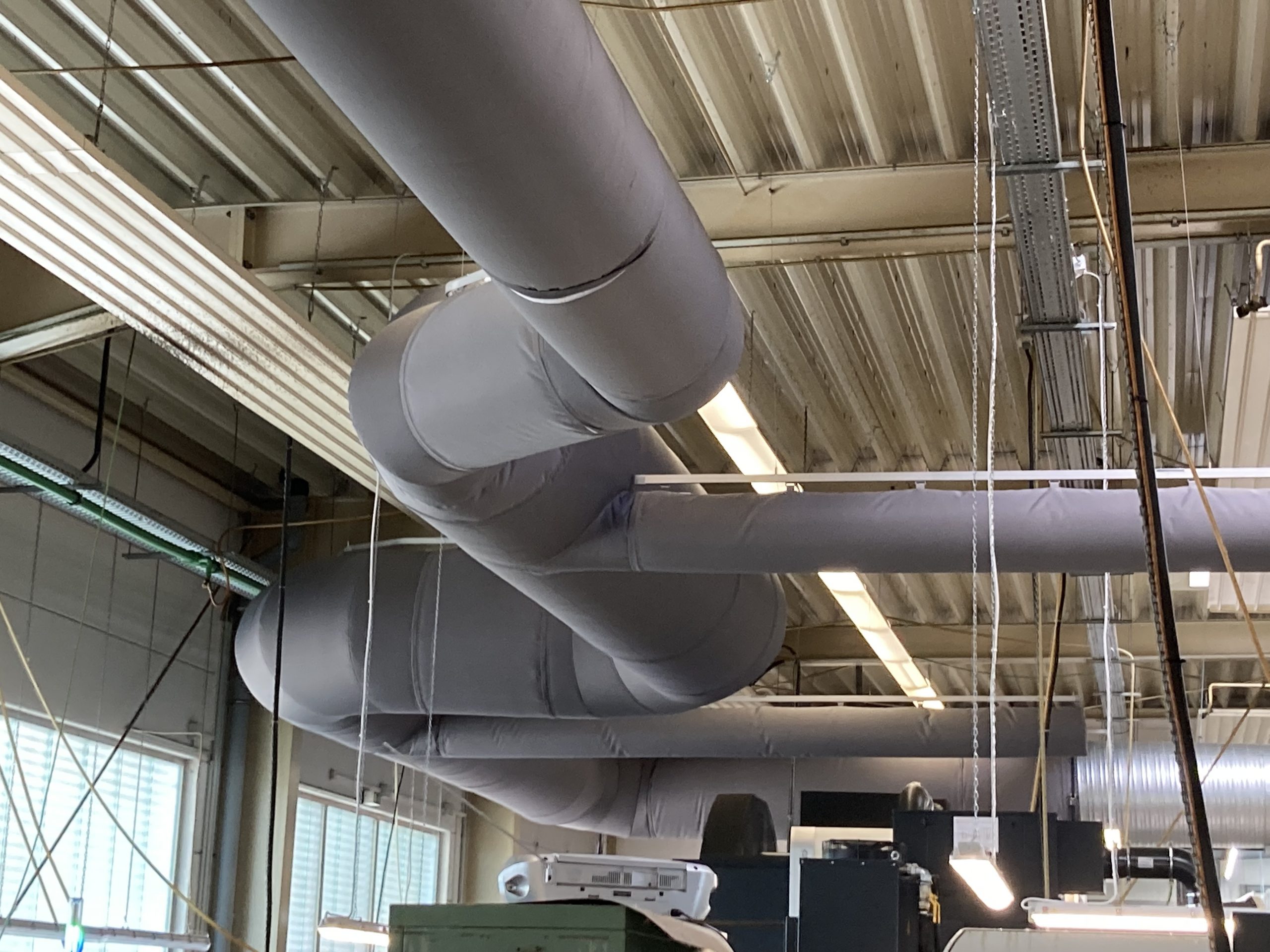 Up until now, the production hall had no air distribution whatsoever. The basic ventilation was done by opening doors and gates all around the premises so that the drafts would replace stale air naturally. However, this solution appeared to be inefficient as the middle of the hall was not affected by these drafts. Moreover, it created hazards to employee health as well. They started complaining about the uneven temperatures and major drafts in peripheral areas, which eventually led to people getting sick and being absent from work.

FabricAir engineers designed a tailored air distribution system for the production hall, that runs around the machines through numerous bends, angles, and branches. It evenly conditions all areas and distributes air across all premises.

“Companies with no ventilation systems are quite rare these days but is great that they prioritized their employee safety and chose fabric ducts to be installed in their production hall. The new solution will not just eliminate the health risks for employees but will increase their comfort and the overall feeling at the workplace. Without a doubt, it will also have a positive impact on the machinery as it will not be affected by huge temperature differences”, says Katharina Rohkämper, Sales Manager at FabricAir Germany and Austria.

The air distribution system for the supply air is made of Combi 30 fabric and its dark gray appearance ideally matches the hall interior. Combi 30 is impermeable, flame retardant, and washable. The air inside the duct has a speed of 5.75 m/s and is discharged at 0.2 m/s by means of the MicroFlow™ flow model. The low-speed solution was made by using Combi 20 permeable fabric with OriFlow™ flow model, which was selected for the exhaust air, with a directed flow through laser-cut openings.

The system has been in operation since July 2022 and since then, the fresh air reaches even the most remote areas and is not impaired or diverted by machinery exhaust air. The client also benefits from the versatile Type 08 suspension system, as quick disassembly and reassembly are possible during future maintenance and cleaning. In addition to that, the new air distribution system was manufactured and delivered on-site in just two weeks. It was also installed in a few days without stopping the production of Kirsch products.