Because of that, an in-house FabricAir’s Research and Development department is continuously working on improvements and is now, introducing a new option of suspension systems, additional to the existing Type 5, Type 6, and Type 7 suspensions. 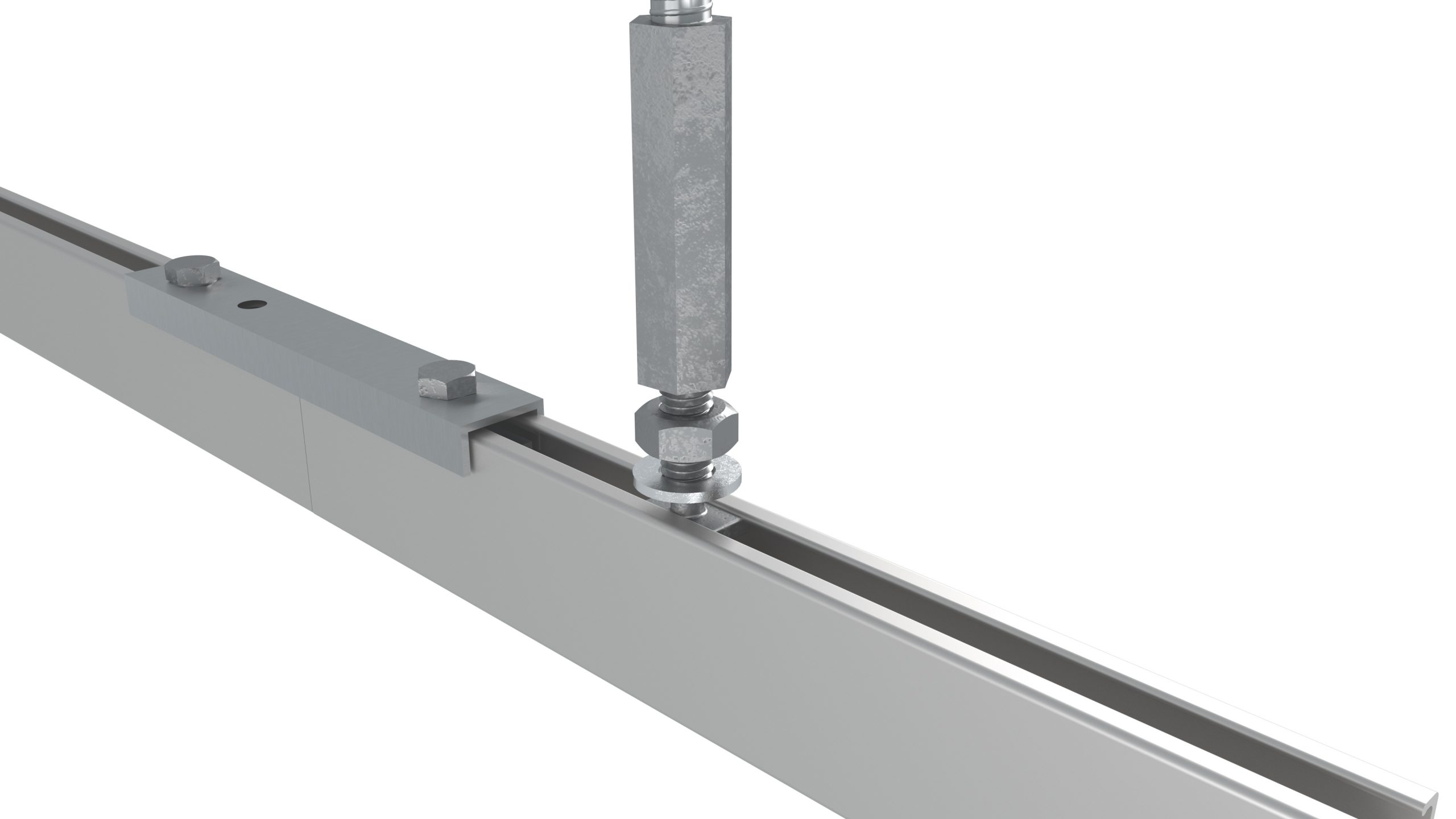 The new suspension systems are dedicated to use in harsh/corrosive environments and are abbreviated by “HE” which means “Harsh Environment”. The solution is based on M8 threaded rods which are connected to the aluminum H-rails with a special connector. The key is that all the critical elements in the HE suspension system are hot-dip galvanized ensuring a high level of protection against corrosion. Critical elements mean load-bearing fixings, fasteners, and threaded parts, i.e., all parts that are holding the weight of the air dispersion system.

“Hot-dip galvanized parts are very suitable for use in corrosive environments. It is a solution that has proved its performance over time, that has been studied and is known for decades, and that has an extensive track record in the industry. It is a solution that the industry demands, especially in natatorium applications”, says Lauris Rezgals-Kalpmanis, R&D Manager at FabricAir.

According to Mr. Rezgals-Kalpmanis, the HE suspensions will have a longer lifespan not just in natatoriums but in other corrosive environments as well. “In typical swimming pool applications, the HE suspension has a durability of over 30 years. In other harsh and corrosive environments, the durability is from 10 to 80 years and more, depending on the category of corrosivity of atmospheric environments as per ISO 9223 standard”, added Rezgals-Kalpmanis.

In the process of hot-dip galvanization, a relatively thick zinc layer is formed on the base steel of the part. The zinc coating is exposed to the corrosive atmosphere acting as the sacrificial metal and protecting the steel part. It takes many years before corrosion can touch the actual steel part.

FabricAir takes product development and innovations seriously. The company has set up two testing and development laboratories in its manufacturing facility where all products and components are developed to best meet the needs of the market and maintain the highest quality.